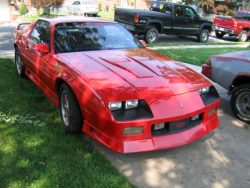 1991 RED Z28 coupe with new 350 crate motor. Motor has less than 1000 miles on it. Car has 73000+/- on it. It’s a 5-speed with Tan Leather interior. Factory 3:42 rear posi. Motor has Dart II iron eagle heads, edelbrock Vic Jr waterpump, Summit racing high torque starter. TPI computer chip programmed to match motor specs. T5 – 5-speed with new Centerforce clutch and Hurst short throw shifter. Edelbrock tubular headers with flowmaster 40 series muffler. March underdrive pulleys, Energy susupension polyurethane bushings front and rear along with motor & trans mounts. Alpine sound system with two amps, 12″ pioneer subs, kenwood 6×9’s and infinty 4×6’s. Power seats, windows and locks. New headliner, Keyless entry with alarm, KYB shocks and AC converted to R134 refrigerant. The car has been sitting for 4-5 years without running and it may need a fuel pump, which I have a brand new one uninstalled. The tires have only about 500 miles on them, but it looks like they are starting to dry rot. There’s a small dent in the driver side door about 2 inches long, and the clear coat is starting to peel/flake on the driver side A pillar. Everything is pretty much stock on the car with the exception of the new engine and sound system. 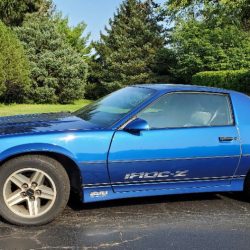 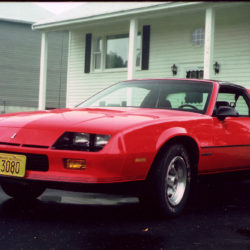 The year was '87 and it was a great year in music and the movies. La Bamba (Los Lobos) Livin' On A Prayer (Bon Jovi) With Or Without You (U2) Notorious (Du... 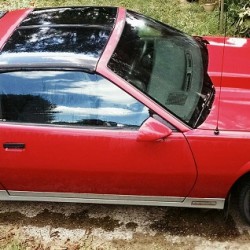 Other items listed by dt21